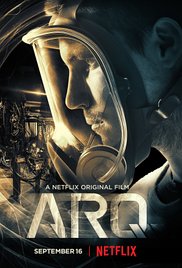 I just streamed this little time travel movie on Netflix and was really disappointed when it was over because I wanted more. Since it was rated TV-MA I thought I was watching the pilot to a new series, but it was just a made for tv movie. It’s similar to Edge of Tomorrow and Groundhog Day in that the protagonists live one day and loop back and do it again. It follows the time loop movie rules with a few little twists and improvements. It’s light Sci-Fi located in a not so distant dystopian future that focuses on a scientist and his ex-girlfriend. Give it 20 minutes and I’m sure you will be hooked. [rating=3]